Egyptian mythology is an inseparable part of their history and culture; the stories of Ra, Osiris, and Set, the Rise of Horus, tempt me from my childhood. Egyptians had a number of Gods and Goddesses and, heavenly attribution was given to almost every natural power, phenomenon, animals, and birds. Zoe Kalo’s debut publication, Daughter of the Sun (Cult of the Cat Book I) piqued my interest at the first place for the following blurb.

Cult of the Cat series blurb

According to ancient Egyptian prophecy, three feline goddesses—Bastet, Sekhmet, and Mafdet—would one day be reborn as triplets during a solar eclipse.

But someone—or something—separated them at birth. Because if ever they were reunited, they would unleash a blistering power that could destroy the world.

In an adventure where the past confronts the present and blood, betrayal and secrets abound, the triplets face each other for the first time. And discover they’re the only force able to stop the evil god Apophis from enslaving humanity.

Frankly, this is the second book I’ve read based on Egyptian mythology. Though we have a plethora of plots based on Greek and Nordic mythos, but such consistency is not seen with the Egyptian mythology. Murder in the Place of Anubis (Lord Meren, #1) by Linda S. Robinson was the first book I came across steeped in Egyptian Gods.

However, Zoe Kalo’s novel deals, as the blurb shows, with the feline Goddesses. It’s the story of Trinity, an orphan left at the doorstep of a nunnery with only an envelope and a scrap of something that resembles papyrus. One day, a visitor, Dr. Nassari delivers a news that Trinity is the long lost granddaughter of a wealthy woman, Margaret Wilford, living on the island of Kedilerin Ada. Trinity’s world changes as she finds herself on the island of cats. After her grandmother’s death, she begins to face and feel changes within, changes that are new and incomprehensible to her. She gradually learns her connection with the Egyptian Gods and her family history. It’s time to fight against the odd, the evil, the impending danger!

The author has made the story interesting enough by several twists and turns and sequence of events. Trinity’s life at the nunnery, her fight with Beth, friendship with Brianna; all have subtle indications to the later events that followed in her life. The narrative style and technique are simple and easy to grasp, though never monotonous.

It’s a pretty decent read in the Y/A genre and would be loved by pre-teens and even the adults.

I think the book ends in a hurried manner. A few extra pages would have done justice to it.
However, I’m looking forward to the next book in the series.

A certified bookworm, Zoe Kalo has always been obsessed with books and reading. Reading led to writing—compulsively. No surprise that at 16, she wrote her first novel, which her classmates read and passed around secretly. The pleasure of writing and sharing her fantasy worlds has stayed with her, so now she wants to pass her stories to you with no secrecy—but with lots of mystery…

A daughter of adventurous expats, she’s had the good fortune of living on 3 continents, learning 4 languages, and experiencing a multicultural life. Currently, she’s working on a Master’s degree in Comparative Literature, which she balances between writing, taking care of her clowder of cats, and searching for the perfect bottle of pinot noir.

34 responses to “Book Review: Daughter of the Sun (Cult of the Cat Book I)” 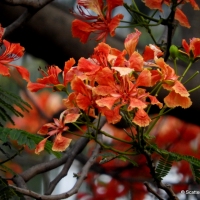