Soul Warrior (The Age of Kali #1) by Falguni Kothari, though based on Indian mythology, never gives the readers the feeling of monotony. I’m referring to the word monotony because these days, a number of books have been written based on different mythological characters and, at some points they sound alike. It would not be an exaggeration to say that mythological stories are passé. Falguni has concocted the story making The Mahabharata as her base but constructed the structure in coordination with the modern times.

The book has Karna at the protagonist; not defending the Kauravas, but standing as the guardian saving the world from the red-souled asuras, the demonic forces. He is presently staying in Mumbai and lives a life as other normal human beings. Life brings him to a new threshold when he was asked by the celestial Holy Trinity to train half a dozen of young celestial souls, to prepare them as the guardian angels of the earth with a mission. Karna has to fight with his inner self to come to a compromise with his new role as he has to come face to face with the shadows of his previous life. Is it his comeuppance? Or, is Destiny playing with him, again?

Falguni’s language is flawless and, the tinge of humour and satire have made it all the more appreciable. She unfolds the story only to make readers curious to reach the end. When Goddess Parvati asks Karna whether he could ‘like’ and ‘share’ her page on the Conscious Web, that really brings an infectious smile.

Fight fate, or succumb to destiny?

In the dark Age of Kali, the Soul Warrior alone stands guard over the Human Realm, protecting its denizens from evil-willed asuras or demons. When a trick of fate appoints him guru to a motley crew of godlings, he agrees to train them as demon hunters against his better judgment. Suddenly, Lord Karna is not only battling the usual asuras with sinister agendas, but also rebellious students and a fault-ridden past.

Spanning the cosmic realms of mythic India, here is a tale of a band of supernatural warriors who come together over a singular purpose: the salvation of Karna’s secret child.

Excerpt From The Book

Absolute darkness shrouded the Human Realm, and had for three days and three nights. Some believed the occurrence was prophetic, like the prolonged amavasya or new moon night that had heralded the Great Kuru War two thousand years ago. The war had given birth to the dark Age of Kali, the age of asura. In contrast, hope was ripe that this event would trigger the Age of Light. But the Bard wasn’t here to succumb to superstition.

The first day without the sun’s light had spread confusion and chaos across the realm. The second day had brought desperation in the breasts of humans and fear in the belly of Celestials. The third day—today—was a feast for the asuras. Death lay everywhere.

The human world burned without its sun. How soon before the Heavens went up in flames?

The Bard’s troubled eyes reread the last line. Then he deliberately scratched it off, lifting his long, pointed talon from the parchment made of dry palm leaf. With a sigh, he rested his aching hand on his trembling thigh. He would spare a moment to ease his body, and his mind from the strain of observation and due recordkeeping. If he didn’t, he’d forget his duty as Witness of the Cosmos, and begin to question fate.

Despite the fire that crackled close to his right knee, and the feathered form of his upper body, he was cold. An icy wind had settled around the Pinnacle of Pinnacles, where he sat cross-legged on a seat made of rock and snow. He’d chosen this perch because it gave him an impartial view of the events happening in the world. He was the Bard, entrusted with keeping the Canons of the Age of Kali, just as the Soul Warrior was entrusted with keeping the Human Realm safe from asuras. Would they both fail in their duty today?

The Bard shook off the heavy despair the darkness had brought into the world. He mustn’t judge. He shouldn’t question. He would sharpen the talon on his forefinger, dip it into the vessel of ink kept warm by the fire, and write this tale. That was all he could do. Be the witness to history.

So he raised his feathered hand and began to write again while his eyes, sparked with power, knowledge and magic, saw clearly events unfolding from great distances. A thousand kilometers to his right, Indra, the God of War and Thunder, fought the Dragon. Indra did not fare well. But that didn’t concern the Bard as much as the clash between the Soul Warrior and the Stone Demon. Over and over, his eagle eyes were drawn to the duel taking place in the heart of the world, not only because it was a magnificent battle to behold, for it was, but because its outcome would decide mankind’s destiny.

The Soul Warrior was more than a great warrior. Karna was a great soul. Fair, honorable, brave and resilient, he was the perfect protector of the Human Realm. Of course, there were other reasons he’d been chosen to fill the office of Soul Warrior—there always were when Gods and demons were involved. But Karna’s existence was a testament to righteous action and if anyone could bring back the day, it would be him.

But how did one vanquish stone, the Bard wondered?

Avarice and cruelty, two nefarious desires, had made Vrtra and Vala attack the Human Realm. Three days ago the Dragon had swallowed the Seven Rivers in the north, and the Stone Demon had imprisoned the Sun God, his daughter, and all the cattle of the region in his cave.

The Bard paused his writing as a thin vein of lightning winked across the skies, but without the accompanying roar. Indra’s strength waned. His thunderbolt hadn’t left Vrtra screaming in pain this time. The Bard spared a moment’s attention on the duel, just enough to note that the Maruts, the Celestial Storm-gods, waited in the clouds to rescue their god-king in case of a calamity. Indra would survive even in defeat. Of that, the Bard was sure.

But Karna had no one at his back. His might and god-powers had depleted without the sun’s healing warmth and light. His divine astras, weapons, had not slowed the Stone Demon down, at all. Only the conviction that he could not fail his godsire, his sister, and the innocents under his protection drove him now. His birth family had once abandoned him to his fate, but he would not abandon them to theirs—such was the greatness of Karna.

The Bard crossed out the last observation. No questions. No judgment. No praise, either. The canons would be free of all emotion. He wasn’t here to embellish history or glorify the history-makers, as some bards were wont to do.

It wasn’t embellishment to write that the foothills of Cedi were drenched in the Soul Warrior’s blood. Or observe the gushing wounds on his body, despite his armor, that would make the hardiest of warriors bellow in agony, but not him. It wasn’t embellishment to write that the Heavens were empty for the Celestials had come to Earth to watch the battle, firelight cupped in their palms to light the warrior’s way.

The Naga, the Serpent People, also looked on, hissing from the mouth of the portal that led to their underground realm beneath the hills. The Serpent King will not choose a side. Vrtra and Vala were half Naga, after all. All across the Human Realm, demons roamed free, taking advantage of the darkness and preying on human flesh and human souls. It was a terrible moment in history. The asuras had the upper hand in the eponymous age of Demon Kali.

Vala did not have arms and half a leg, but still he came at Karna. He had an ace up his sleeve. There were plenty of creatures about, an entire mountain close at hand. He began to chant the spell of soul transference. It was the darkest of all magic, the possession of another’s soul. Soon, he would be whole again and stronger than before.

Battered and bleeding, the Soul Warrior veered away from the Stone Demon. He leapt over boulders and charred vegetation. The onlookers called him a coward. Had he forfeit the duel? Has he forsaken mankind?

Karna dove for Manav-astra, the spear of mankind, he’d thrown aside yesterday after his bow, Vijaya, had shattered under repeated use. In one smooth motion, he rolled, picked up the astra, coming up in the spear-thrower’s stretch. His tattered lower garment billowed about him as a gust of wind shot through the air. His muscled torso glistened with blood and sweat, tightened as he pulled the arm holding the spear back.

He meant to throw Manav-astra at Vala. A futile attempt, to be sure? As long as Vala was made of stone, broken or not, his body was impregnable. Karna should have waited for Vala to transfer his soul to an onlooker. Then Karna should have vanquished the possessed creature.

Taunting laughter reverberated through the foothills of Cedi. Vala had reached the same conclusion. The Celestials looked at each other in angry silence, unable to interfere. A dwanda–yuddha duel was fought between two opponents of equal size and strength alone. The humans hadn’t stopped screaming in three days, the din simply background noise now.

The Bard scribbled the observations onto the parchment in no particular order. He wished he was a painter, for surely this was a picture worth a thousand words.

The demon hobbled toward the warrior, who stood still as stone with his arm drawn taught behind him. Then finally, with a roaring chant the Soul Warrior shifted his weight from his back leg to his front and let fly Manav-astra at the Stone Demon with all his remaining might.

Karna didn’t wait to see the ramifications of his action. And there were plenty to come. He ran into the mountain cave to free Vala’s hostages. Within moments the rock face rent in half, and bright streams of light speared through the terrible darkness. A new day had dawned on the Human Realm after three days of perpetual night.

The sun’s power was too bright, too full of hope. Yet, the Bard looked on pensively, wondering if the Soul Warrior knew this wasn’t a victory. It was merely a reprieve.

Falguni Kothari is a New York-based South Asian author and an amateur Latin and Ballroom dance silver medalist with a semi-professional background in Indian Classical dance. She’s published in India in contemporary romance with global e-book availability; Bootie and the Beast (Harlequin Mills and Boon) and It’s Your Move, Wordfreak! (Rupa & Co.), and launches a mythic fantasy series with Soul Warrior (The Age of Kali, #1)

One $10 Amazon gift card and 5 Sun Pendants. Open Internationally! Please click on the below link!

23 responses to “Book Review: Soul Warrior (The Age of Kali#1) By Falguni Kothari” 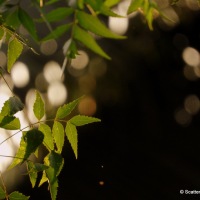 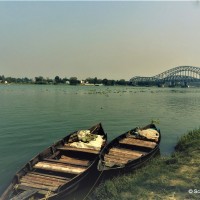 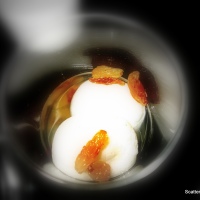 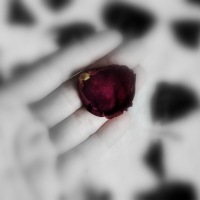 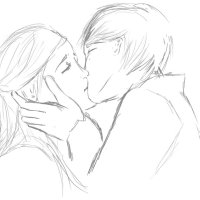 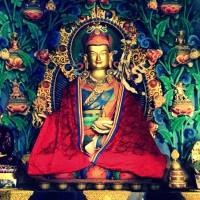